He wishes I were his ninja girlfriend. 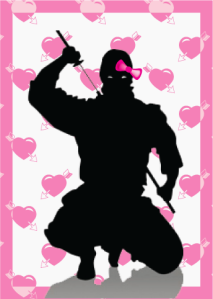 Ah. If only I were available; and if only he were HIM, which he’s not, since HE is not HERE, and HE … well, that’s another blog post, and frankly, none of your beeswax, anyway.

Still. It was nice – I think – being called a ninja.

Considering when I met him, I was shouting: “You suck!” at him.

I had an excuse. The house in which I live here in California is a virtual palace: in addition to all the black leather furniture, the stone floors, the decks festooning every outdoor wall, and the pool house – which houses, ha-ha, not only an in-ground pool and Jacuzzi, but also a pool table – AND an arcade, an air hockey table, a fuzball table, and other fun-fun-fun activities…

… but also the crappiest television service I’ve ever endured.

This would NOT be so terrible if I did not have two daughters, 13, and 10, who live with me in tranquil nowhere, and when they are bored, expecting me to be “Julie McCoy, their cruise director,” because apparently horses to ride, miniature horses to visit, three and half-acres (with a pond) to stroll around on, and the aforementioned Pool House of Joy are not QUITE as entertaining as, say, iCarly, or SpongeBob.

So there were actually two gentlemen – and gentlemen they were, indeed, to suffer such abuse at the hands of a tiny, leather-clad loudmouth, when all they really did was politely inquire: 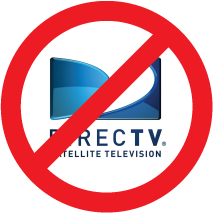 “Excuse me: may we ask what service you use for your TV?”

Which triggered extreme wrath indeed, and the following blast, when I spotted their spiffy little “DirectTV” shirts.

“I have DirectTV, and you SUCK,” I said.

To their credit, they were shocked and dismayed, instead of outraged and defensive, which, also frankly, (apparently Today’s Word Of The Day) would have been MY reaction.

The tall, blonde DirectTV guy, about six feet, six inches tall – putting him at about a foot and a half taller than myself,  bent slightly over me apologetically, with a dash of defensiveness.

Still enraged, I stared back, eye to, well, chest. “How would I KNOW that? Is it on the screen, at night, when it would be a smart time to LET me know? When I might be inclined to order? Like I said. You SUCK.”

His babyface fell.  “You can call them right NOW,” Blonde Jock suggested helpfully.

“YOU call,” I dared him, crossing my arms over my chest.

Charmingly, he took my dare.

“I will,” he said, pulling out his flip phone. 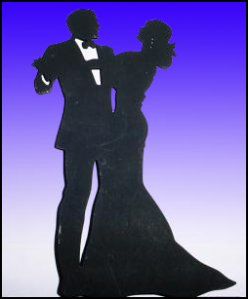 (Later, the ex-footballer confessed, after we became Lifelong Friends For Five Minutes, he’d always wanted to learn how to ballroom dance. “Good choice,” I advised him, “You’ll get laid for the rest of your life.”)

Between the two of them, we got my service upgraded to the next level, easily and quickly. The only potential glitch was the customer service phone rep was Southern, and started out a little brusque, but that was easily dispatched when I laid on the Georgia sugar: that is, calling him “sir” (he was obviously older than I was) and deliberately mentioning my other home in Rocky Plains.

Amazing how things go smoother south of the Mason-Dixon line when you’re “from around there.”

It WAS funny watching the DirectTV Duo listen to me switch up accents quicker – and way better – than Angelina Jolie or Meryl Streep.

By now, we were all great friends; I’d pulled out my iPhone with the graffiti cover for admiration, as well as my ever-present Leatherman, for further admiration. (Blonde Jock is planning to get the iPhone soon, as was intrigued with my mirrored privacy cover.)

And, of course, anyone with a penis is always intrigued by a genuine Leatherman.

(If you don’t know what the Leatherman tool is, http://www.leatherman.com/)

After show and tell, the conversation turned to the fact I’d just been run over by a truck, which was true.

“So, you’re like, a ninja,” said one of them, in an impressed whisper.

“I wish you were MY girlfriend,” he said, in a sort of awestruck tone. “Or that you could train my NEXT girlfriend.”

Thinking this would be a good time for me to mount my white steed Silver and “Hi-Ho” off into the sunset, since any time any conversation veers even remotely into the territory of “can I have your number?” or “girlfriend” or even “what’s your name?” I tend to get a bit skittish, I laughed and said there was fudge calling me at the front of the store (which indeed there was) and waved good-bye – where, in fact, the sistah selling the chocolate pound of wonder and delight even walked me to the very front of the line. How cool is that?