Run for your lives. The enthusiasts are coming. 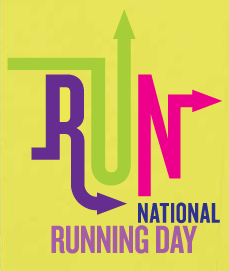 I certainly could be in better shape, I suppose.

If, say, the Head Gladiator were to hand me a scroll and tell me yon Ancient Roman Battle depended on how fast I could run 26 miles from Sparta to Marathon, I’d be looking up at him, skeptically, as I lighted my Marlboro, casually tossing the dead match onto the dirt.

“Yes, really,” he’d say, imperiously to my stunned question. “Our fate lies in the swiftness of your journey.”

“Um,” I’d begin, dragging a toe of these AMAZING silver ballerina flats I just got on sale two weeks ago – comfy AND cute. Not TOO silver, either; they work GREAT with jeans. Which is what I’m usually wearing, making the prospect of a 26-mile run even less appealing, and the idea of a successful 26-mile “Beat the Clock” touchdown? Less and less realistic by the second.

“Run, as fleet-footed as the gods permit,” Head Gladiator would intone. (Somehow, I picture him “intoning,” whatever that actually means Like when writers say “he SPAT the words” How does someone “spit” words?)

“And you’re not setting, say, DOGS, or dingos, or big cats to CHASE me, right?”

Me: Big, fat, internal sigh of despair for these metal-plated folk. No chariots? Poor sods.

“Give it my best shot,” I’d say, but I can imagine the by-standing, iron-masked Roman battalions peeking awkwardly at their leader: Are you kidding? Really, I mean, are you kidding? We’re SO doomed. Get my papyrus, I’m writing my will.

Off I’d saunter, giving them a jog or two, just to show I had the old Roman spirit, but once over the nearest hill, I’d go for that good old New York City fast-paced stride.

That’s about all I’m good for.

That, and stopping to light cigarettes, if the wind from walking makes it too hard to light one on the go. Don’t you HATE it when the lighter keeps going out? Or just lights a tantalizing tip of the cigarette, and you end up hotboxing the filter to try to get the end lit all the way? (It’s always the LITTLE things, like your cigarette won’t light, or you’ll NEVER make it to Marathon in time…)

Today is National Running Day, where all the wonderful winged-heel specimens of superior cardio-vascular good health celebrate their hobby of running without anyone chasing them.

It’s a hobby I do not understand, but fully respect.

Myself? I keep in shape the same way I train my dog. It’s a lifestyle thing.

Instead of carving out precious hours – and spending precious pennies on space-age “wick-away-moisture” fabric that makes people look remarkably like superheroes, except with corporate sponsors – I get exercise every day just as a matter of daily living, to wit:

Hey: I’m a size four, but it’s not like I’m naturally skinny. It’s not like I’m even light, as the annoying people who try to pick me up (who picks up an adult, anyway?) find out when they attempt to lift me and discover that I am very muscled, and muscle weighs more than fat.

(One reason those stupidly general BMI index calculators online can be very misleading – they go by weight alone, not by what you look like, or what jeans you fit into.) I’m practically an anvil. Dense as kryptonite, but I personally don’t give a fig anymore what the numbers say.

I could be 300 pounds, and if I can still comfortably zipper myself into my Tahari little black dress, I’m guessing there is NOT going to be a weigh-in at the gala I’m headed for.

I used to be obsessed over the numbers, and carefully watched every morsel that went into mouth – or rather, didn’t. I watched the numbers come creeping down, until my 6 and 9-year-old together weighed more than I did, and could get me into the air on the seesaw.

I fainted, I felt crappy, and I STILL felt fat all the time, and while everyone I knew, and who loved me, kept telling me to eat a sandwich for Heaven’s sweet sake, I denied I had a problem until my doctor finally threatened to put me on Cyprexa – a medication that swells you like a balloon no matter what you eat or don’t eat.

So I started eating again – this time, paying attention to actual portions – not the leviathan proportions they give you in restaurants these days, where one serving would feed my whole family for a dinner and lunch the next day.

And I started MOVING.

But the hardest thing in the world.

Some people really DO have to make it special: make it a SUPER Special National Running Day. An event, a celebration, an hour or two of their day.

But fitness, like anything else that’s good for you – hey: I’m thinking it should be part of the fabric of your life. Every minute, every day.

Honestly, though – whatever works for YOU. Different strokes, as they say. If you need to run, run.

If you need me to chase you though, you’ll have to wait till I quit the smokes. That’s next on my list.

Speaking of which, any of you runners got a light? Didn’t think so.

Smoke the Guilt Away.

I exited the store today, after some retail therapy, new blue jeans in a bag, and to my delight, saw another smoker just outside.

Thus, I expressed said delight, as I am wont to do. “Ah!” said, I with said delight. “Another smoker!”

The woman – one of those terrific women “of a certain age” whom I admire: you know the kind – they keep in shape, get their hair cut cool, still wear lipstick. On their lips. With lip liner, so it doesn’t bleed into all the cracks they’ve earned. Neat-looking lady.

Except for the part where she nearly jumped out of her skin like we all used to do in the girls’ room when Sister Josephine walked into the nicotine haze. I wanted to go: Calm down, ma’am, I’m not wearing a habit, or carrying a ruler.

“Oh my gosh – I thought – oh, how silly, I felt just like I was getting caught smoking.”

“You were,” I said, lighting one up myself. “Only I’m thrilled. Smoke up. The French smoke, they eat more fat than any other country in the world, and they drink wine every day. They’re thin and they live a long, happy life. Vive le France.”

She felt guilty, however. Guilty that she was enjoying a smoke. Guilty that since she’d stopped smoking in the house, she’d gained a few pounds.

“Oh,” she waved at me. Have I mentioned? Every woman thinks she’s fat? They’re even willing to smoke themselves to death to be thin.

“I do that,” she nodded enthusiastically.

For those who have not yet caught on to portion control, here’s the deal. What you get when you sit down to Ruby Tuesday’s, TGIFriday’s, Choose-Your-Own-Weekday EatFest is NOT a human-sized portion. One plate that your server hands you is a skosh or two more like the size of what ordinary-sized people feed a family of about four or so.

And YOU eat it ALL. With appetizers first. Breaded, fried appetizers. Maybe even some bread and butter, and some iceberg-lettuce salad – or even salad bar, which is a hilarious choice, really, considering that most of the buckets are slop-ful of loose mayonnaise with beans floating in it, or cheese.

Then you ease yourself uncomfortably away from the booth, wondering why you seemed to fit better when you got there (did the coats expand, or the bags get more full?) Stomachs straining, wallets far emptier – especially if you indulged in fake micro-brew beers or wine – you head home after another night of consuming enough calories to sustain a small African village for a week.

Which you didn’t know, because it was all on one plate, after all. And after all, Mom always told you to clean your plate, because of the starving African children.

Which you didn’t know – and still don’t – how cleaning your plate could possibly help them out, but became deeply ingrained in your soul, creating a ferocious guilty monster inside you every time you see half-eaten food on your plate.

You know, forevermore, have my permission to leave it there, and not even take it home, even if you have a dog. (He shouldn’t be eating people food anyway – especially stuff that salty.)

But anyway, back to my new friend, who was feeling terribly guilty, and whose name happened to be Bernice.

Poor guilty Bernice was simply unable to enjoy her poor cigarette: she couldn’t even hold it comfortably, unlike myself, who was standing loose-limbed next to her, loving the warm spring air, my bag of $10 Calvin Klein jeans (TJ Maxx really IS a steal), and taking in long, unhealthy, but stress-relieving drags.

I turned again to Bernice, who was fluttering around, trying to figure out where she was going to put the butt. (Me? I field-strip them, pack the butt in the box and throw them away when I find an appropriate spot. When anyone’s looking, that is. I admit, sometimes the world is my ashtray.)

“Oh, but I feel very guilty today. I’m here shopping, and my husband is at chemo.”

Uh… she had me there. Good luck with the death treatment, honey. I’m going shoe-shopping. But, still…

She stopped dead in her tracks. I could feel it, palpable in the air: the challenge. What could I possible volley back to that one?

“What does the flight attendant tell you to do?”

Don’t you just HATE when people make you GUESS? I didn’t leave her hanging very long.

“Put the orange oxygen mask on THE GROWNUP first. THEN put the little mask on the child. Why? Because otherwise you’ll pass out and die, and then where will the child be? Dead, too. You have to take care of yourself, first, or you’ll be no good to anyone else.”

“I TOLD him that this morning. I made him his breakfast. All he had to do was ZAP it, but he wants me to do everything for him!” Bernice said it in the same voice you use when you say: “I know! How COME the Professor never gets it on with Ginger or MaryAnn? He’s single; he’s not gross. What is there, saltpeter on Gilligan’s Island or something?”

I took a rare break from my usual ha-ha self (yes, I can even make cancer funny) and spoke softly. “Bernice, when I was still living with my parents, my favorite uncle came to live with us. He had terminal colon cancer, so I’m no stranger to living with and caring with cancer patients. Trust me: you need to keep that oxygen mask on yourself – and he needs to take care of himself, too. It’ll keep him strong, and might even help him recover.”

We used to call ourselves The Amateur Nursing Association; people came to our house to die. You were wondering, maybe, where I acquired this black sense of humor of mine?

“Have fun shopping, Bernice. Don’t feel guilty.” I smiled at her.

“I will,” she said, much more enthusiastic and relaxed than she was before.